Numerous farmers all over Austria produce potatoes for us in compliance with controlled quality standards and they particularly value our fair purchasing policy. 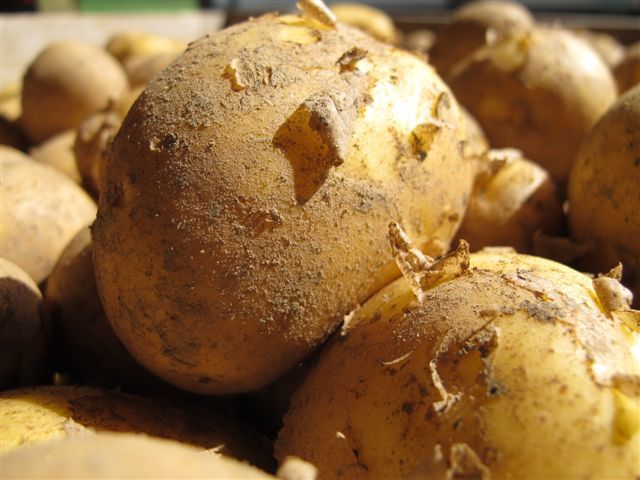 More than 50 customers in Austria and abroad can rely on our flexible and competent market conduct.
We offer our customers a secure supply at fixed prices throughout the year!

Thanks to our efficient system, we are able to quickly process large quantities, for example in big bags, for potato processing.

We export potatoes in 5kg, 10kg, and 25kg nets to numerous European countries, such as Italy, Germany, Romania, Slovakia, and Hungary.

On request, we also offer 1kg, 1.5kg, and 2kg consumer packs for retail.
Pleased ask about our current prices and different packaging options!

The history of our favourite plant:

The potato has various different names in different parts of the Germany-speaking realm, and in the English-speaking world they’re also known as spuds, tatties, and taters. After it was discovered in the Andes (South America) in 1652 by Spanish conquerors, this botanical treasure reached Europe and quickly became a staple food for the general population.